A shocking but heartfelt thriller.

A wake-up call! Controversy at its best. 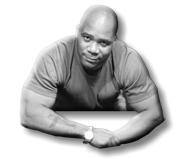 $5 of each sale donated to Smile Train

$5.00 of every Character Signature Book sale will be donated to SmileTrain.org

You may also donate directly by simply going to

Authentic character fingerprints and signatures on every book

Did you know babies born in Uganda with clefts are called “Ajok,” which literally means “cursed by God,” and some newborns are either killed or abandoned right after birth?

Did you know it only costs $250.00 to perform cleft surgery repair for a child in a developing country?

As part of my new Author Customer Character Interactive Chat System launch, on 12/25/12 (Christmas day) at 0800hrs, I (Freddy) convened a mandatory round table discussion with seven of the main characters in my novel, Luke 11:24. This emergency meeting was billed our “Fix a Child’s Smile Strategy Drive.”

The following characters were in attendance: (although I threatened to turn Jonathan into Mother Theresa in my next book to get him to attend) Father Florentino, Diane Florentino, BOBO (two hours early when he heard it was about helping children), Young Antonio, Jack Dunn, Sergeant Frick, Captain Martinez, and myself.

One of the listed characters will fingerprint (not a photocopy, a real print) and write a personal thank you comment for your pledge of support on your Special Edition Book. They also invite you to interact with them on Freddyhowardbooks.com through the site’s new patent pending Author Customer Character Interactive Chat System (ACCIC).

The comment(s) signed on your new Special Edition Book will be reflective of the characters personality as portrayed in the book, Luke 11:24 (The dark obsession of a killer clergy), and through the ACCIC System on this website.

Yes, but under duress. Your Special Edition book may include an occasional sarcastic comment or jab at the customer by Jonathan, but unlike his character in the book, it shall not include any foul language from him. All books are randomly assigned to the various characters in no specific order and they are excited about the opportunity to interact with people in the real world.